OTCF Research Workshop 2017 on External Fixation and Percutaneous Pinning was successfully held in Malaga (Spain). Specialists from orthopedic clinics of Great Britain, Spain, France, Germany, USA shared their experience. Russian orthopedic tradition was presented by Dr Dmitry Popkov. Results of application of external fixation in pediatric traumatology and combined technique of osteosynthesis in systemic skeletal diseases were summarized in co-authorship with Anatoly Korobeinikov, the head of research-scientific laboratory of pediatric traumatology of the Ilizarov Centre. The materials are suggested for publication in the International Journal of the Care of the Injured, indexed in PubMed.

The 5th EPOS-EFORT BAT Instructional Course Trilogy was successfully started in Vena (Austria). The eponym BAT arises from Basic Courses, Advanced Courses and Traumatology Courses. These courses together constitute “EPOS BAT Educational Programme” and aim to facilitate a problem-solving approach in the diagnosis and management of orthopaedic conditions in children informed by relevant research evidence. Course teaching Faculties are composed of highly internationally recognized specialists in Children’s Orthopaedic from all over Europe and USA. In Russia the unique society-partner of EPOS (European Paediatric Orthopaedic Society) is ASAMI Russia. EPOS Faculty Member Dmitry Popkov presented for course attendees talks on principles of distraction osteosynthesis, application of ExFix in limb lengthening and workshops on use of hexapod fixators in deformity correction in children. Since May, 2011 EPOS-EFORT BAT IC Trilogy diplomas have been handed to 226 surgeons from 37 countries.

The conference “High-performance employment creation is the  growth strategy of Russia” was held on the 19th of October in Kurgan. Representatives of state and municipal enterprises,  authorities and social organizations suggested staff proposals of regional industry involving a new generation of young professionals.

Director of the Ilizarov Centre Alexander Gubin proposed a project “Medicine of the future” based on increas of the patient flow which should impact development of the medical care service and demand for highly qualified professionals.

The I Russian-Chinese Congress of Neurosurgeons was held on the 18-20th  of October in Ufa (Russia). The meeting was organized by collaboration of Associations of neurosurgeons of Russia and China. Specialists of the Ilizarov Centre took an active part in the congress. Sergey Lulin, the Head of spinal surgery department, presented a talk on “Role and perspectives of mini-invasive surgery in degenerative diseases of spine”.

Besides, on October, 3-4 a workshop on the endoscopic spinal surgery was performed on the basis of Federal Centre of Tramatology in Barnaul (Russia).

Method of Flexible Intramedullary Nailing (FIN) in reconstructive surgery has been used in the Ilizarov Centre since 2001. A multicentral study of bioactive osteoinductive coating for flexible implants unites researchers of National Research Polytechnic University of Tomsk, University Hospitals of Geneva (H.U.G.) and Ilizarov Centre under supervision of Prof. Arnold Popkov. Results of experimental study and clinical application of osteoinductive FIN study were presented in H.U.G. by D.Popkov. These materials can be found in the article  The use of flexible intramedullary nails in limb lengthening published in Expert Review of Medical Devices.

A famous Russian pop-singer Shura visited our Clinic for consultation. In his Instagram Shura posted a picture with doctors and signed it: Here is my family for January and February, I’ll be brand-new!!” 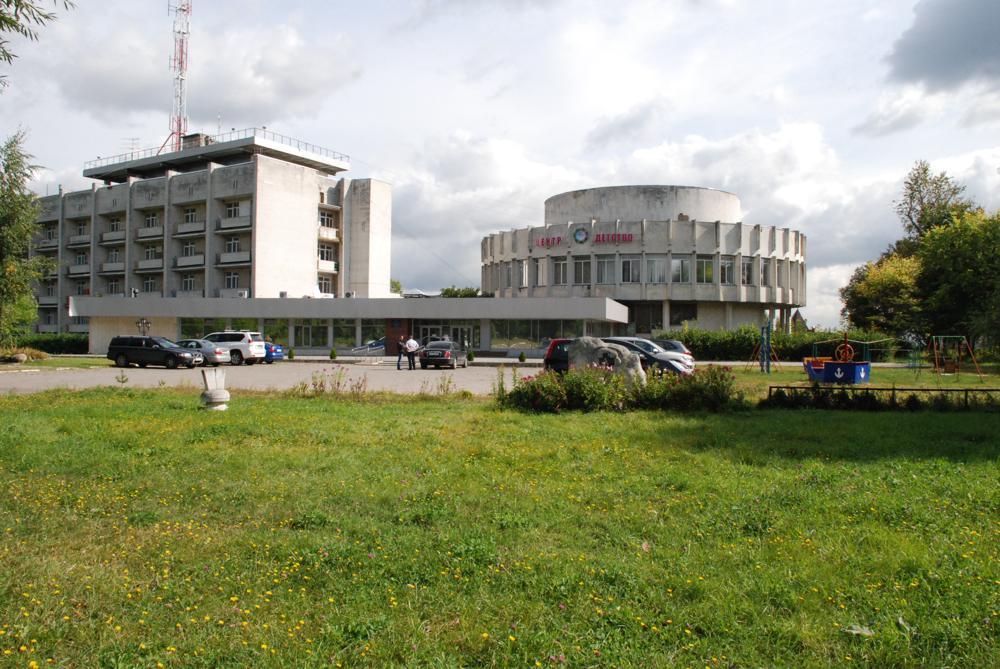 The Russian scientific-practical conference with international participation “Topical issues of complex rehabilitation of children with diseases of nervous system and loco-motor system in rehabilitation clinic” was held in Moscow. The experience of Ilizarov Centre in this sphere was presented by Sergey Leonchuk, Head of the department # 6 of the Clinic of Neuroorthopedics. His talk was about correction of orthopedic disorders in children.

By the way, S.Leonchuk became a nominee of the independent contest of public activists, social and industrial projects of the Kurgan "Blossom of Russia".  Annually over 70 young representatives of different regional spheres of activity take part in the contest.

More in this category: « Journal of Limb Lengthening & Reconstruction is indexed in Index Copernicus International The Ilizarov Journal of Clinical and Experimental Orthopedics will be indexed by the Scopus »
back to top

We present you the corporate newspaper "Vedomosti Ilizarovskie"

All video on Russian