The year 2021 is a year of several jubilees for us.
The 100th anniversary of academician G.Ilizarov
The 70th anniversary of the Ilizarov method
The 50th anniversary of the Ilizarov Center
In 2021, the world medical community and the staff of the Federal State Budgetary Institution "National Medical Research Center named after academician G.A. Ilizarov" of the Ministry of Health of Russia (Kurgan) celebrate the 100th anniversary of the academician of the Russian Academy of Sciences, honored doctor and inventor Gabriel Abramovich Ilizarov.
Ilizarov's name is a Russian medical brand widely known abroad. His invention initiated development of of devices numerous designs, methods of treating bone pathology and experimental substantiation of bone formation processes. The method is used in angiology, vertebrology, oncology and other fields of medicine all over the world. Associations for the Study and Application of the Method of Ilizarov (A.S.A.M.I.) appeared in 88 countries. The exclusivity of the technology and the vast experience of its application have become the main factor attracting patients from all over the world.
The history of the Center's formation is a path from the idea of a frame for treating fractures in 1951 to expert treatment of the most complex pathologies and diseases of the musculoskeletal system of the body, such as chronic osteomyelitis, systemic diseases of the skeleton, congenital and acquired bone defects, neuro-orthopedic pathologies; scientific research: bioactive implants, correction of spinal deformities in neuromuscular diseases, gait analysis, study of the growth and development of limbs after reconstructive interventions and cellular technologies. The Ilizarov Center today is a symbiosis of four brunches - Science, Clinic, Education and Interaction with the regions.
In 2020, the Ilizarov Center gained status of a National Medical Research Center. More than 14,000 patients get treatment here every year. As 50 years ago, the Ilizarov Center relies on the philosophy of Gavriil Ilizarov in its daily routine. Now the Center’s supervise orthopedic service in 27 regions of the Russian Federation, it covers 2/3 of the entire territory of Russia. 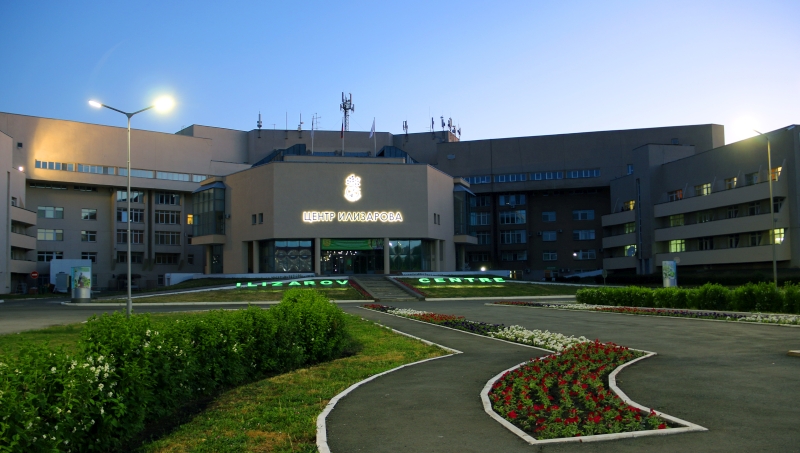 More in this category: « Welcome to Ilizarov Reading, 2021 Educational symposium "EPOS in KURGAN" »
back to top

We present you the corporate newspaper "Vedomosti Ilizarovskie"

All video on Russian